The scenes that played out on our televisions in the past two weeks were made even more meaningful for the SHC community because of the prominent role played by our Alumni. We watched one of our past students being arrested in Cape Town, read the opinions of one of the Wits leaders (and an alumnus) in the star, the television covered stories of violence by and against the protestors (one of our alumni was knocked down by a stubborn motorist) and read on their Facebook pages as the story unfolded. 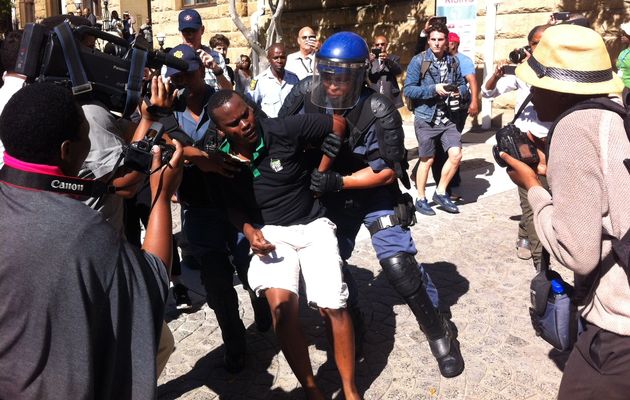 Police arrest a student identified as the son of the
Rev Frank Chikane during the protests in the parliamentary precinct.
Image by: JAMES-BRENT STYAN

I agree with Fasiha Hassan (class of 2011) when she is quoted in the Star newspaper as saying, that “these young women have led the protest and at all times raised the importance of non-violence.” We are proud when she says that it is “important to maintain non-violence, to have chosen a radical but peaceful protest”. While the television was beaming images of police violence, we were hearing our alumni tell us stories of police protecting the students, helping and supporting them and keeping them safe. We endorse and support the peaceful protests of our youth. I noticed that, as the protests have continued a number of political parties and other institutions have attempted to drive their own agendas using the protests as their vehicle. In protests of this nature, there is always the risk that an element of those present will engage in activities that run contrary to the spirit of the protest. 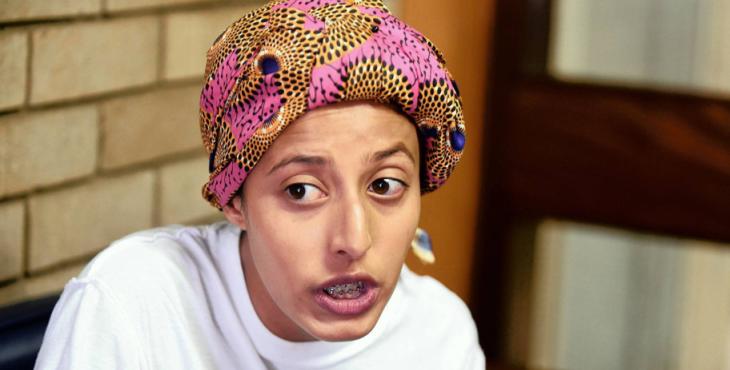 As Ms Hassan says, “the way you change the face of the country is through education”. Our youth has found their cause, and there cannot be, in my opinion, a more important one. As some of you may be aware, Rekgofatse Chikane is one of our past pupils arrested in Cape Town. They will also no doubt require the services of counsellors to help them to cope with the trauma of the way in which they were treated.

In a letter to his students, Professor Jonathan Jansen pointed out that “while we understand the demands of students, as university leaders, we can only work with the government subsidy we receive. Any agreement reached, cannot and must not place the university at academic and financial risk in its ability to deliver public higher education to the country – if that happens, everybody loses.”

The general state of education in our country is unspeakably poor. There are wonderful teachers who spend every day working in dismal environments faced with overcrowded classes and poor resources, trying to make a difference in the lives of young people. There are principals and school leaders who work 70 hour weeks faced with a deluge of bureaucratic red tape and an increasing demand to meet objectives to ensure compliance when they know what is required for their children is the opposite. There are parents who dream of a better future for their children and we know, that the only route out of poverty for any country is education.

At Sacred Heart College we will continue to teach children that they are powerful and relevant, we will continue to reward critical thinking and we will try to play our role as a beacon of hope in a sea of despair. As Margret Mead once said – “never doubt the ability of a small group of people to change the world, it is the only thing that ever has”

I am reminded of the response to the education crisis that came about as a result of the Soweto riots. People like Eric Molobi pioneered a philosophy of access to education for all called ‘each one teach one’ and his role in establishing the Kagiso trust continues to support the learning of young people throughout South Africa. This is my challenge to the leaders of #feesmustfall. You have managed to lead a revolution about learning but can you lead a learning revolution because that is what our country really needs

Betting on the End of the World

For nearly two decades now, I have been dealing with the issue of change in schools. The literature...

The current chapel at Sacred Heart College was erected in 1956 as a memorial to the past pupils who...

Welcome to Our First Alumni Website! Our Alumni, now have their very own website and their own logo!...

The first larger community the child comes into contact with, is the school. Incorporation into a Co...

The scenes that played out on our televisions in the past two weeks were made even more meaningful f...